The Store Now Has A Collectibles Section....... 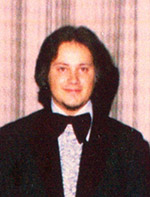 I recently had the privilege of talking with Buddy Church’s sister, Lynda Davis, who lives in the foothills of the Blue Ridge Mountains in  North Carolina, and Trae Church from southwest Tennessee, who along with his brother Jason are Buddy’s sons.

Buddy's first name was actually Charles, but he preferred to be known by his nickname.  He was a native of the Swannoa/BlackMountain area in western North Carolina. He got his first instrument, a Davey Crockett guitar at the age of six. Buddy later taught his sister how to play rhythm, thanks in part to that toy guitar.

Buddy started his long career as a guitarist and songwriter at age 16. He played with such greats as Jerry Lee Lewis, Tammy Wynette, George Jones, Ronnie Milsap, Big and Rich and many others before and after his time with the Heartbeats.

Life in the spotlight is thrilling—when you’re riding that rocket of superstardom into the stratosphere, you’re surrounded by dozens, sometimes hundreds or thousands of folks.  However, between the concerts, cheers, the photo shoots and the autograph sessions, there’s a whole lot of hotel rooms, long bus drives, good (and lousy) food and much more. The demands of life on the road made visits to family members a rare treat.

Lynda spoke of an incident from the mid 70's when Buddy, due to his schedule, hadn't seen her for about three years.  One day, she heard a rumbling coming down their little country road outside her home--she said it sounded "like a tractor." She looked out the window and spotted the bus with "Freddie & The Hearbeats Express" emblazoned on it.

Without a moments hesitation, she totally missed the porch steps as she flew out the front door, her legs still running through mid-air, and landed on the front yard to meet Freddie halfway out. She hugged him, her brother and the gang, brought them all in and fed them all an old fashioned country breakfast.

"They'd ate so much, they were ready to pop" she said; then added when they were trying to leave (small country roads don't afford much room to manuever):  "...they liked to have never got that bus out of here."

Finally, both the rigors of the road and the yearning to be with his family made Buddy realize just how much he missed them; he made it a point to remedy that. Trae Church related that time his father finally came home to stay around 1979 or 1980.

The story goes like this: Buddy purchased a used snack truck and paid cash for it. He stripped it down, reworked and painted it complete with  “The Cookie Monster” emblazoned in bold letters on the sides, and made deals with people he knew that wholesaled snack treats—he’d buy the goods, then distribute them at a modest markup to several mom and pop shops in the area.

So how did this enable him to spend more time with his family?  He built small beds in the back of the "monster" and every morning, would get sons Trae and Jason up, carry them to the truck, and lay them down inside still sleepy and/or sleeping, so they could all spend time together as Buddy made his rounds.

Most recently, Buddy lived in Olive Branch, Mississippi and was employed with Guitar Center of America in Memphis, Tennessee where he was a mentor to many musicians. In his spare time, he was playing on alternate friday nights at Neal's Bar & Grill in Olive Branch, Mississippi. He had his own website (now closed) buddifingers.com and had recently released a CD entitled “Going To Church.” A limited supply is still available at Guitar Center Memphis. 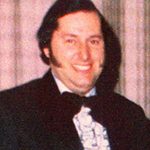 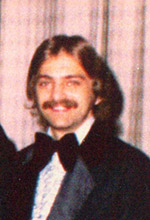 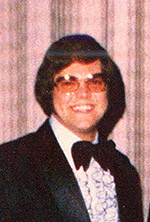 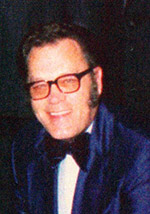